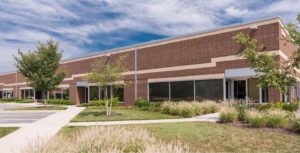 St. John Properties on Thursday, May 21, 2020, announced it is making a $120 million investment in LEED certified buildings in two separate projects: Spring Pointe Exchange in Springville, above, and Beltway West in Taylorsville. The buildings use 39% less energy and are 35% lower in the emissions they produce.

SALT LAKE CITY — They use 39% less energy, 12% less water and have 35% fewer emissions — and $120 million worth of these LEED-certified buildings are coming to the Wasatch Front, bringing more jobs amid uncertain times.

“If people who have capital don’t have confidence in where they are going to invest, these things don’t happen,” Utah Gov. Gary Herbert said during a videoconference on the announcement.

He added what Utah has done as a state is instill confidence.

“We have tried to take the weeds out of the ditch bank that slows commerce,” Herbert said. “The confidence we have is the hallmark of what makes America great, what makes Utah great.”

The real estate development company has invested over a half-billion dollars in Utah, beginning with its Valley Grove project in Pleasant Grove that is set to expand with a hotel, bank and other commercial developments.

Daniel Thomas said six years ago he was doing research on major markets around the country to become host for the company’s regional offices, specifically eyeing the state of the economy, quality of living and the vibrancy of the workforce. At that time as in subsequent years, Forbes has ranked Utah the best state in the nation for doing business.

At the conclusion of his probe, he said, he told the company’s founder and chairman, Edward St. John: “Pack your bags, we’re going to Utah.

Thomas, the company’s Utah regional partner, said the original acquisition of a 21-acre parcel in Pleasant Grove has grown four-fold to 85 acres.

St. John Properties has 71 LEED-certified projects in its portfolio, and within a few years hopes to reach 100 in a commitment to reduce its carbon footprint.

“When we talk about some of the challenges in Utah, air quality rises to the top of the list,” Thomas said.

Beltway West will occupy 19.5 acres and feature five office buildings, including one six-story building, with 273,000 square feet of office space.

Spring Point Exchange in Springville will have six buildings, including a flex site that features office space in front but comes equipped with loading docks in the rear to accommodate loading and light manufacturing.

These flex style offices have become a staple of the company’s portfolio, with an estimated 14 million square feet showcased in its multiple projects.

The announcement of the new projects comes even as Utah, like the rest of the country, is struggling with the economic impacts of COVID-19, including drastic increases in unemployment.

Tthe Utah Department of Workforce Services reports a little more than 101,000 claims for unemployment compensation processed in one week’s time.

“I don’t want to diminish the challenges our own clients are going through,” Thomas said. “By talking about this investment, we are providing some hope and leadership.”

Val Hale, executive director of the Governor’s Office of Economic Development, said the investment announcement has psychological value in this time of uncertainty.

“This is another testament that things are happening in Utah, and there is confidence,” he said. “The economy is going to rebound here sooner than other places in the country.”

St. John said the company has weathered plenty of challenges over the years and he listed them one by one: the 1970s’ oil crisis, the inflation crisis of the 1980s, the bank collapses of 1991, the .com crash of 2001, the Great Recession in 2008 and now coronavirus.

“We weathered them all.”