The company announced Wednesday it will transfer its autoimmunity and inflammation biologics business into a new company named Viela Bio, which will also be based in Gaithersburg. The new company will focus on creating medicines and treatments for severe autoimmune diseases.

Viela Bio has received about $250 million in funding from investors such as Boyu Capital, 6 Dimensions Capital and Hillhouse Capital. AstraZeneca, the parent company of MedImmune, will be the largest minority shareholder, according to a company statement.

“We’re thrilled that Viela Bio will take its place alongside the many successful biotech firms that call Montgomery County home,” County Executive Ike Leggett said in a statement. “By pioneering critical advances in life sciences, these firms are easing suffering and saving lives—right here in America and around the world.” 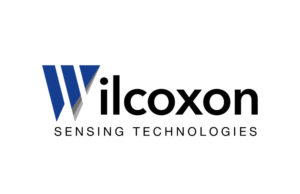 Wilcoxon Sensing Technology, which creates vibration and sensing equipment used in the food industry and for other purposes, is relocating its business and approximately 100 employees from Germantown to a new facility in Frederick.

Wilcoxon President Christopher McLean said in a statement the company was leaving Montgomery County because it found a site close to the city that will offer a “strong employee base for both skilled labor and professional staff.”

“Additional bonuses were the manufacturing-friendly taxes and simplified permitting process” that exists in the city and Frederick County, McLean said.

The Washington Business Journal, which first reported the news, interviewed Matthew Holbrook, a partner with Baltimore-based St. John Properties that handled the Frederick lease for Wilcoxon. Holbrook said the company’s move out of Montgomery County “continues a trend among corporations and organizations seeking a lower cost of business operations, less congestion with convenient access, and a plentiful highly skilled workforce.”

Discovery sells off major stake in its education business

Discovery Communications, which plans to move out of its Silver Spring headquarters in the second half of 2019, announced Monday it sold a majority stake of its Discovery Education business to the San Francisco private equity firm Francisco Partners.

Francisco invested about $120 million into the education business to obtain the majority stake, according to a Discovery press release. Discovery is keeping a minority stake in the business and is licensing the “Discovery Education” brand to Francisco.

“We are impressed by Discovery Education’s positive impact on student learning, and are excited to help support Discovery Education as it transforms teaching and learning around the globe,” Jason Brein, partner at Francisco Partners, said in a statement.