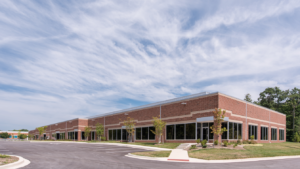 Pooles Island Brewing plans to open at 11695 Crossroads Circle, a new building that is part of the Greenleigh at Crossroads development in Middle River.

According to local lore, Pooles Island was once the site of a peach orchard floating in the middle of the Chesapeake Bay. Later, the island was purchased by Aberdeen Proving Ground as a site to test artillery.

Now it’s also the namesake of a brewery coming soon to Middle River.

Baltimore County liquor board commissioners awarded Pooles Island Brewing Co. a license on Monday, paving the way for the brewery to open its doors before the end of the year — if construction stays on track.

It’s the culmination of a longtime passion for Bedard, whose father was an early investor in Massachusetts’ Ipswich Ale Brewery years ago. After a decade in the Army and time spent working for Bill Me Later (acquired by PayPal in 2008), he decided a year and a half ago to switch gears and focus on beer. The project will cost about $1 million by the time buildout is complete — hopefully by late November or December, he said.

Pooles Island will join a growing number of craft breweries in Baltimore County. The county is home to DuClaw Brewing Co. in Rosedale, Heavy Seas Beer in Halethorpe and Key Brewing Co. in Dundalk. New breweries have also been cropping up farther from the city/county line, as well, including B.C. Brewery in Hunt Valley and the recently opened Inverness Brewing, a farm brewery in Monkton.

“Right now, I think there’s a great demand for local craft beer,” Bedard said. “We’re strictly focused on the taproom and creating local flavors of beer that use local hops, if we can get them.”

Pooles Island Brewing will have a 15-barrel system that can produce larger batches of the brewery’s six to eight core beers, as well as a two-barrel system for smaller, experimental batches. Bedard said the taproom will serve beer out of brite tanks rather than kegs, and will also can some of its offerings. Patrick Jones, formerly of Byway Brewing Co. in Hammond, Indiana, will be head brewer.

The brewery will be open on Wednesdays through Sundays, from 5 or 6 p.m. to 10 pm., he said. A rotating array of food trucks will provide meals to accompany the brews. Bedard said the brewery hopes to develop a food truck of its own, as well.