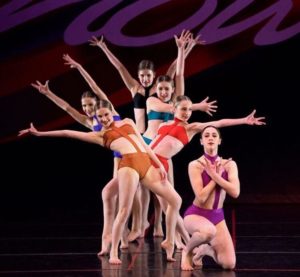 The Dance Academy of Loudoun has been in operation since 1996.

The Dance Academy of Loudoun has announced it is moving its studio to 960 Sycolin Road in the Leesburg Tech Park.

The academy has 16 full-time instructors and 200 dance teams and is currently located on East Market Street in Leesburg. The operation is expanding to a larger facility to accommodate its recreation, competitive and performance teams.

The Dance Academy has signed a lease with St. John Properties for 12,000 square feet of space. It expects to complete the move and be operational this summer.

“We considered both retail and flex/office locations with Leesburg Tech Park emerging as the most sensible choice based on its proximity to our former space on East Market Street, the ease of adaptability of the interior space and the adjacent shopping and recreational amenities,” Elizabeth Boehlein, director of the Dance Academy of Loudoun, said in a prepared statement.

During the pandemic, the academy has been offering outdoor classes for its students since the end of May.

“Dance Academy of Loudoun has been a household name in the local area for nearly three decades, and this program will bring increased energy and vitality to Leesburg Tech Park,” Matt Holbrook, regional partner of Virginia and central Maryland for St. John Properties, said in a prepared statement. “With the recent improvements to Sycolin Road, Bolen Park, and the Leesburg Executive Airport, this portion of Leesburg is an exciting place to be and we are thrilled to welcome the Dance Academy of Loudoun to our community.”