DC Region’s Life Sciences Sector Is on the Rise

A junction of ‘feds, eds and meds’ found nowhere else in the U.S. vaunts D.C.’s life sciences industry into the top tier 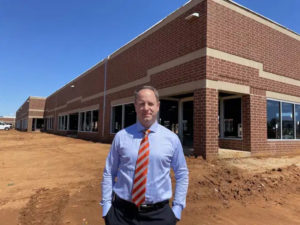 For years, the Washington metropolitan area has been one of the nation’s fastest-growing and largest life sciences markets. Growth during the pandemic and the market’s singular location are launching it into a whole other stratosphere.

Between the concentration of federal laboratories, world-renowned medical universities, and the availability for funding and resources, the segment is primed for continued growth, according to experts.

Cushman & Wakefield’s most recent national life sciences report, which came out on June 24, shows the D.C. region has one of the U.S.’s largest concentrations of life sciences workers in both government-related, as well as venture capital and publicly funded, institutions.

That means that the sector is proving a particularly durable investment and asset, even during — and, possibly, because of — the pandemic.

“This sector is very active, with lots of demand and limited supply,” Nate Edwards, Cushman & Wakefield’s senior director of Washington-area research, said. “Like other niche investment vacancies, rent growth and absorption are outpacing that of other traditional commercial real estate investments.”

The region’s hot spot for life sciences has long centered on the I-270 corridor in Maryland’s Montgomery County. Shaped geographically like a barbell, the corridor is anchored by the National Institutes of Health and the Walter Reed National Military Medical Center at the southernmost point in Bethesda — and it extends northwest to Frederick, which is anchored by the National Cancer Institute and Fort Detrick, a U.S. Army medical research and development command installation, which conducts biomedical research and development.

Along, and in between, the corridor are more than 500 biotech firms and more than 2,300 life sciences companies, and the area leads the world in adult stem cell production and vaccine development, according to the Maryland Department of Commerce. No wonder it’s known as one of the largest life sciences clusters in the U.S., said Matt Holbrook, regional partner, Virginia and central Maryland, for developer and owner St. John Properties.

“Continued real estate development activity to support emerging uses is limited in Bethesda as a high-barrier-to-entry submarket with virtually no land available for new projects,” Holbrook said. “The middle of the life science barbell has limited land development options, though some new laboratory space has been created by repurposing functionally obsolete, suburban office buildings.”

“This has pushed many new opportunities to the top of the barbell in Frederick,” he said, “based on the existence of available land, proximity to the feds/eds/meds, a highly educated and skilled workforce, and the promise of an attractive lifestyle with shorter commutes and less-expensive housing.”

According to the Cushman & Wakefield report, life sciences rents in the D.C. area are averaging $27.68 per square foot, and current vacancy sits at just 30,300 square feet in a market that includes more than 10.2 million square feet.

In 2020, in fact, CBRE ranked the Washington-Baltimore region as the nation’s fourth-leading life sciences cluster, mainly due to the size of the life sciences talent base here, especially its research and development component, but also the considerable amount of public and private funding that is invested to drive growth.

The region is the nation’s third-largest recipient of National Institutes of Health (NIH) funding, mainly due to Johns Hopkins University in Baltimore, and its inventory of laboratory and research and development space is the fifth largest in the United States.

“Admittedly, life sciences is very popular in most markets right now, but the D.C.-Baltimore region is having a particular moment, due to its outsized role in the COVID-19 vaccine efforts, which has boosted both public and private industry activity,” Anderson said. “Our region has too much talent and resources, so more momentum locally was unsurprising, and as the industry’s growth has accelerated in the COVID-19 era, it was natural that a key hub like ours would benefit.”

Pete Briskman, executive managing director and co-lead for JLL’s mid-Atlantic life sciences practice, cites a multitude of factors beyond COVID as to why the region has become so popular, including CAR T-Cell therapy and biodefense.

“First, we have top talent. We hold the highest concentration of Ph.D.s in the nation,” he said. “Second, there has been an influx of venture capital here, which has grown 800 percent over the last five years. Third, we have five of the top 10 largest recipients of Operation Warp Speed funds.”

On top of that, the region offers reasonable rental rates in comparison to the top three other clusters — nearly 50 percent less in Maryland. And there is availability of product types for all different phases of the life sciences business life cycle, including R&D, biomanufacturing and early-stage incubators.

For instance, he cites the Belward Farm development, where Johns Hopkins still hopes to create some portion of its once-planned 13-building campus known as “Science City”; the area around the former Human Genome Sciences headquarters; and Matan’s 635,272-square-foot Milestone Innovation Park as areas still making noise in this regard.

Alexandria Real Estate Equities recently broke ground on a 97,000-square-foot, four-story life sciences building in Montgomery County’s Shady Grove Life Sciences Center. The building is being constructed on a speculative basis, but with the demand far outweighing supply in the region, it will be a welcome addition.

“There are a number of other life science developments being contemplated and we expect more landlords to kick off construction in the next year to accommodate future growth,” CBRE’s Anderson said.

At the 650,000-square-foot Riverside Tech Park in Frederick, St. John Properties leased more than 60,000 square feet of lab space in the last 12 months to seven different life sciences tenants, which prompted the company to start construction of four new speculative R&D/flex buildings there and to acquire 77 acres nearby for future development.

According to Rouse, such companies as Novavax, On Demand Pharmaceuticals and TCR2 Therapeutics have inked some of the larger deals of the year, in second-generation life sciences space as well as 100 percent redeveloped space. Novavax, which is manufacturing the fourth-approved COVID vaccine in the United States, is expanding its headquarters in Gaithersburg, Md. It has grown from 100 to 500 employees over the last year, and expects to add hundreds more over the next few years.

Other big leases this year include Cambridge, Mass.-based TCR2’s 85,000 square feet at 9950 Medical Center Drive in Rockville, Md.; MaxCyte’s 67,000-square-foot lease at Key West Crossing in Rockville this month; and Innovent Biologics, a group based out of China, inking a deal for 31,000 square feet of lab space at 9900 Belward Campus Drive, also in Rockville.

“Momentum begets more momentum. And the combination of exceptional research facilities, targeted sources of financial investment, and an unprecedented and highly educated workforce will assure the continuation of this activity in the life science industry for the foreseeable future,” Holbrook said.