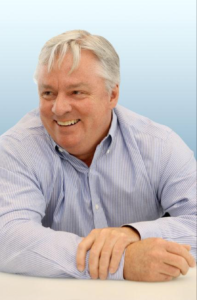 Sonatype specializes in developing technologies that help to secure and automate the software development life cycle or — more simply — to help accelerate software innovation. To accelerate its growth, Sonatype purchased Vor Security, a software security firm with less than 10 employees. Vor’s founder and CEO Ken Duck will join the product and engineering team at Sonatype.

Sonatype, which raked in $30 million in venture funding last year, is led by veteran entrepreneur and CEO Wayne Jackson, who sold one of his previous startups, Riverbed Technologies, for about $1 billion and took another, Sourcefire, public in 2007. Sourcefire was later acquired by Cisco for $2.7 billion.

Jackson’s current venture was founded in 2008 and has been growing quickly over the past several years.

Matt Howard, executive vice president of Sonatype, said the most important part of the acquisition is the access to Vor’s OSS Index, a free online index of known open-source software security flaws. Duck’s index contains more than 2.1 million software packages, or collections of files, and detailed information on more than 120,000 vulnerabilities.

“Basically, we get a bunch of data we didn’t have before, and we also get a really smart engineer to help us curate that data,” he said. “So the breadth of our data is broader than it was before and that gives us the ability to sell more product to our existing customers, and more opportunity to attract new ones.”

Sonatype currently employs about 150 people and plans to continue growing quickly. Howard said the firm is growing at a rate of about 60 percent per year and plans to keep hiring in 2017. Howard said Sonatype may also make one or two more merger and acquisition deals before the year is over, as the firm looks to increase its capabilities. He declined to disclose the firm’s revenue.

Howard has said Sonatype isn’t sure what exit path it might take yet, but a sale or continuing to operate as-is are options.

Sonatype was one of Greater Baltimore’s top recipients of venture capital funding in 2016. The company said those investments were used to expand research and development efforts, and grow its sales and marketing capabilities. The did not disclose year-to-date funding totals.