Harrisburg Mall to be open early for Black Friday shopping 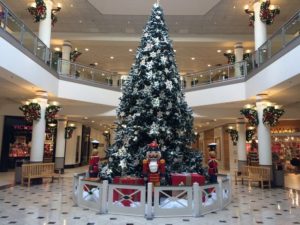 Harrisburg, PA (November 15, 2016) — Stores at the Harrisburg Mall in Swatara Twp. will be open for Black Friday shopping.

However, shoppers can get an early start on their Black Friday shopping at two of the mall’s anchor stores. On Thanksgiving Day, Bass Pro Shops will be open 10 a.m.-5 p.m. and Macy’s will open at 5 p.m.

Meanwhile, the mall will be hosting several Black Friday events including a blood drive as well as an excerpt from the Nutcracker.

In addition, the mall will continue with a roster of events that includes Selfies with Santa, chorus and musical group performances and an “In the Groove 2” Dance Game Tournament.