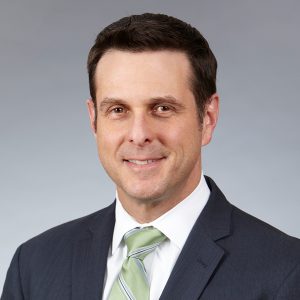 Anxiety and hand-wringing about the future of retail were evident at this year’s ICSC RECon event, as developers, retailers and restaurant operators continue trying to make sense of the persistent march of on-line buying, while also looking to inject new enthusiasm into the bricks and mortar shopping experience. In the greater Baltimore metropolitan region, we are experiencing many of same issues as the balance of the country but – like always – we believe this region has several built-in advantages that will continue to buoy the retail environment including a diversified business climate, proximity to Washington, D.C. and presence of defense contractors. While “caution ahead” signs seem to be lurking around every corner, there are numerous developments in Baltimore that are screaming “full steam ahead.”

Darwinism is in full effect locally, as shopping centers embedded within planned-unit developments or retail destinations offering ecommerce-resistant experiences are the venues with the brightest futures. The developers and retailers that are willing to accept and adapt to change, such as the trend among millennials to be far more interested in experiences than ownership, are the entities that will be left standing after this latest seismic shift. Here is a quick look around the Baltimore area landscape, with a focus on the various starts and stops.

Changing of the guard in Owings Mills

Owings Mills Mall is officially razed. In its heyday hosting more than 150 stores, the site overlooking Interstate 795 is awaiting its next use, with rumors of several national big-box retailers as potential replacement tenants swirling in the vastness of the empty parking lots. Kimco Realty is the owner and developer. Positioned just a short walk away is the shiny new Metro Centre at Owings Mills, a Transit-Oriented Development by David S. Brown Enterprises featuring a blend of office, retail and residential spaces. Cars are optional given its placement along the Baltimore Metro (subway) line. And, approximately one-half mile from that project is Foundry Row, which is less than one year old, with new shops continuing to open. It is a project of Greenberg Gibbons Commercial. While offering far different shopping experiences, the common denominator of the three is a mixed-use, open-air style supported by office, residential, entertainment and dining.

Paragon White Marsh, the proposed 100-store outlet mall, has been shelved despite winning a protracted zoning battle. But better times are ahead for local consumers at Greenleigh at Crossroads, the next development phase of Baltimore Crossroads, a 1,000-acre mixed-use community containing 1900 residential units, three Class “A” commercial office buildings supporting 300,000 square feet of space; 400,000 square feet of single-story office space; 116,000 square feet of retail amenities; and a 120-room SpringHill Suites by Marriott. The development team consists of St. John Properties, Inc., Somerset Construction Company and Elm Street Development. A search for a supermarket anchor is currently underway to support the pad sites and in-line retail.

Greenberg Gibbons is also exerting its muscle in this sub-market with the $20 million makeover of The Shops at Kenilworth featuring a relocated Trader Joe’s and the prospect of new tenants filling up the renovated indoor mall. The company also recently joined forces with Caves Valley Partners to co-develop the $350 million Towson Row project which will include multi-family units, student housing to support nearby Towson University, a hotel and office tower and a Whole Foods grocery store. Towson Row hit construction delays and a new design is expected to be revealed in the near future.

Greenebaum Enterprises and St. John Properties are proving that mixed-use development represents the most successful formula in Howard County. With a retail center anchored by Harris Teeter, new restaurants Steelfire Kitchen and Bar, Hudson Coastal Raw Bar and Grill and Chipotle support the nearly two million square feet of commercial office space planned, in addition to more than 1,300 housing units and a full-service hotel with conference center. New retail and office space continues to be delivered at Maple Lawn with the addition of traffic-generating restaurants reflective of what is hot and what is working in the Corridor region. Consumers everywhere, it seems, remain addicted to the latest restaurant concept.

Harbor East continues to receive, rightfully so, the bulk of the attention in Baltimore City and the area continues to expand and attract new retailers and restaurants, highlighted by the recent opening of Sandlot Baltimore, a 30,000 square foot outdoor concept featuring volleyball and bocce courts and a beach area that required seventy-five truckloads of sand to fill. But there are more stories to tell. The Shops at Canton Crossing and McHenry Row, developments of 28 Walker Development, sandwich the City and are proceeding with phase two plans. Restaurants (what else?), with a Nordstrom Rack and a brewery thrown in for good measure are filling these spaces. Transforming discarded warehouse buildings into compelling and visually-appealing spaces remains in vogue, with Remington Row a prime example.  Getting rave reviews at this project is R. House, advertised as an “industrial-chic food hall” with ten different food vendors, plus a rotating supply of new concepts. It’s a “can’t miss” when visiting Charm City.

Bill Holzman is Vice President of Retail Leasing for St. John Properties, Inc. He can be reached at bholzman@sjpi.com