Rosendin Electric expands for third time since moving into Maryland 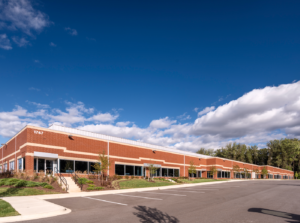 California-based Rosendin Electric is expanding its Maryland footprint for the third time in six years.

The company recently signed a lease for 36,000 square feet of office space at 1747 Dorsey Road inside the Route 100 Tech Park in Hanover.

It is the third expansion since 2013 when Rosendin moved into the mid-Atlantic market and leased 3,000 square feet at the Cromwell Business Park in Glen Burnie. It has remained at the 135-acre location in Anne Arundel County and grown since then, currently occupying 13,320 square feet.

The move to Hanover will take place early next year.

The company is employee-owned and is celebrating its centennial this year. Rhodes said Rosendin has 15 office locations across the U.S. with more than 7,000 employees.

The move to the 125,000-squarer-foot Route 100 Tech Park near Interstates 95 and 97 will allow the company’s growth to continue, he said. The company’s Maryland operation was named one of the Best Places to Work by the Baltimore Business Journal in May.