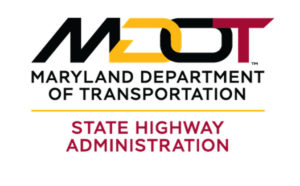 Developers of residential and commercial projects will now be able to get the traffic-related aspects of their work on the road faster, now that the State Highway Administration has begun to allow electronic submission of plans.

As of April 2, developers and other businesses are able to submit construction plans, traffic impact studies, and other documents electronically, rather than sending paper copies to the state.

Projects that are next to state roads have to submit construction plans, traffic impact studies, and other paperwork, to get a permit to access the road.

If a project affects a state right of way, the developer has to show what they’re going to do to maintain the level of service on the road, said SHA spokeswoman Shantee Felix.

But now, users can go to the website roads.maryland.gov, create a password, and upload their documents from there.

It’s a big change from the way the agency used to do business, and more environmentally friendly, Felix said.

“We were all paper all the time,” she said.

The SHA issues between 120 and 170 access management permits each year, she said.

The change made sense, according to several developers that deal with the agency on a variety of projects.

Everyone today is looking at documents on a computer anyway, said Karl Morris, director of development for the Matan Cos.

Other states and jurisdictions also allow electronic submissions, he said.

“Overall, it is the way the industry is going,” he said.

The documents they exchange can be quite numerous, and something such as a traffic impact study can run to hundreds of pages.

Even a typical traffic impact study is at least 40 to 50 pages long, Felix said.

Matt Holbrook, regional partner at St. John Properties, said SHA has made several changes in the past few years to improve its customer service.

The SHA used to do a lot through its central office in Baltimore, Holbrook said. But in the past few years, it’s empowered its district offices to do more, he said.

The SHA has so many different departments that look at plans, including determining grading for projects, stormwater, signage, and other aspects, that each time a developer makes a submission, they had to send multiple copies of each one, he said.

Holbrook said he doesn’t think the electronic submissions would lead to anything being missed in the review process, and could make things more efficient.

“An effort like this, it could save weeks in the process,” he said.