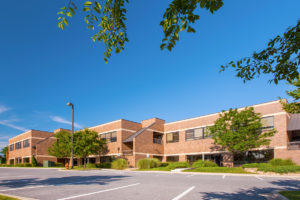 In the area Mackenzie calls the Northern Metro, which includes all Baltimore County submarkets and Harford County, office vacancy was 13.7 percent during the period starting in July and ending at the start of October. That was down from 14 percent vacancy the prior quarter and 14.3 percent vacancy during the same time in 2017.

The three submarkets with the lowest office vacancy were the Interstate 83 corridor with 9 percent vacancy; Towson with 11.5 percent vacancy; and the western portion of Baltimore County, which posted 12.6 percent vacancy. All were decreases in the amount of office space available to rent compared to the same time in 2017.

Unrented space in flex properties in the Baltimore metro area overall also declined from the previous quarter and year over year.

The vacancy rate in that sector in the metro region fell to 6.9 percent. That’s down from 8.3 percent during the same time last year and 7.6 percent in the second quarter.

Baltimore County-based St. John Properties owns and has developed more than 19 million square feet of assets in Maryland and several other states. The firm’s holdings include office, flex/research and development, and retail space.